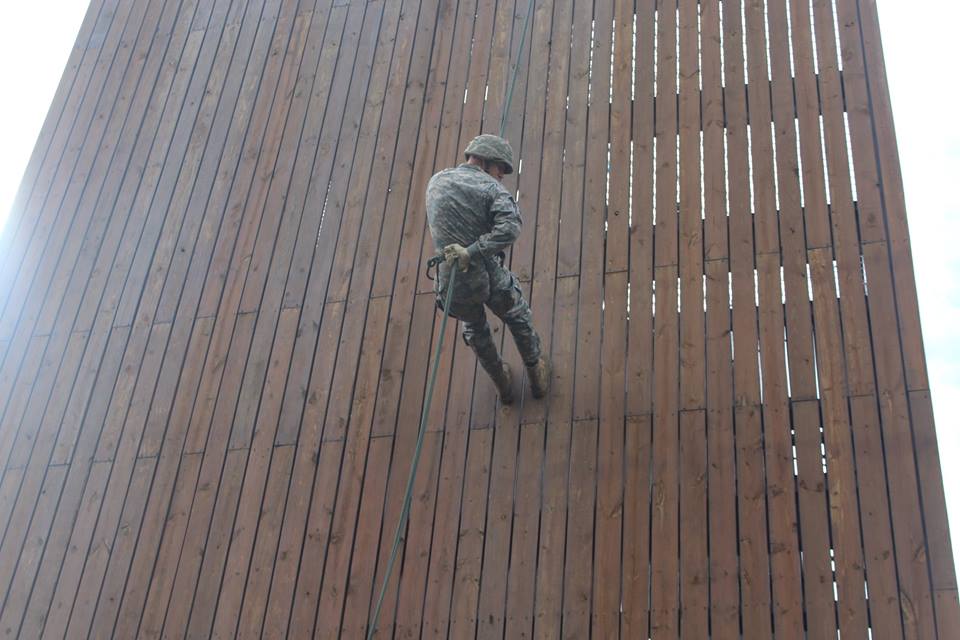 Immersion into foreign cultures exposes Cadets to the realities that other countries have vastly different lifestyles, economic standing and world perspective. Cadets travel in small groups led by senior leader cadre. Trips typically incorporate approximately 20 Cadets and a cadre member traveling in conjunction with a civilian agency or non-governmental agency. The trips last approximately one month, which encompasses the deployment as well as a five-day Soldier readiness process. CULP slots are awarded on a competitive basis and take into account several factors, such as GPA, physical fitness, an essay, and other pertinent selection criteria.

Cadet Quimby had the following to say about his CULP experience:

“The Cultural Understanding and Language Proficiency program was a great experience that gave me a big opportunity to learn about the Croatian culture that I would otherwise not have known.  Researching a country and a culture is very different then going there and talking to the people that live there.  It showed just how different the United States is from the rest of the world.  Croatian Army is alike and also different from the US Army.  Training with their cadets and NCOs was very beneficial because in this day and age we do a lot of joint operations with other countries.  I highly recommend this program because it gives an experience that you can’t get anywhere else.”

MILITARY SCHOOLS/SPECIAL TRAINING
These courses are offered to cadets on a voluntary and limited basis. Unlike LTC and CLC which are specifically for ROTC cadets, these are regular US Army courses and cadets attend right along side current Army soldiers and officers. The courses are designed to challenge your mental and physical endurance and toughness. If you think you have what it takes, I highly encourage you to compete for a chance to attend these courses.

Limited quotas for volunteer airborne training at Fort Benning, Georgia, are available to cadets who qualify. Applicants must have passed the airborne physical examination and attained the appropriate score on the Army Physical Fitness Test. Successful completion of this training entitles the cadet to wear the Army Airborne Badge. The three weeks of training are divided into ground, tower, and jump week.

Cadet Brixius recently attended Airborne. “My experience at the U.S. Army Basic Airborne Course was one for the ages. We were instructed by some of the best Sergeants Airborne in the military. We had sufficient training the two weeks prior to jump week to be confident when taking that first step out of the plane on our own. They taught us the ins and outs of exiting an aircraft, performing parachute checks, observing our surroundings and being able to successfully land. I was able to learn a lot of basic Army Drill and Ceremony, as well as more of how the rank structure throughout the military works, alongside of learning how to successfully parachute out of an aircraft. It will be an experience that I will never forget.”

Successful completion of this course allows the cadet to wear the Air Assault Badge. Requirements for selection are the same as for Airborne training. This 10-day school is designed to teach air assault skills and procedures, improve basic leadership skills, and instill the Air Assault spirit. During the course, cadets face such challenges as an obstacle course, physical training, rappelling, troop ladder, rigging and sling loading, road marches, and evaluations. The cadet may attend the Air Assault course at Schofield Barracks, Hawaii or Fort Campbell, Kentucky.

After attending Air Assault school, Cadet Hett had this to say: “The Air Assault training course is a 10 day course that when complete allows a soldier to wear a badge symbolizing their knowledge of the material and their accomplishment of passing the course. This past July, I enrolled in the Air Assault course in Fort Benning, Georgia. While their I learned how to properly sling load different containers from different helicopters, rappel from UH-60’s, and most importantly how to interact with other cadets and NCO’s from around the nation.

Mountain Warfare oriented courses take place in several locations throughout the United States and even other countries abroad. The reasons for this revolves around the constant need for soldiers of the United States Military to constantly improve and maintain their skills, so that they are as prepared as possible when faced with both difficult environments and situations. The Basic Military Mountaineering Course that takes place in Black Rapids, Alaska, is a premier course that offers incredible opportunities for any soldier that is able to attend. The course takes place right in the middle of a mountain range and is surrounded by the tough and beautiful Alaskan wilderness. The training opportunities the course offers includes learning how to traverse mountainous terrain utilizing unique skills such as orienting oneself with an altimeter,  developing skills at knot tying, building several rope systems that can be created both individually in order to move a unit throughout mountainous terrain and team systems such as a rope bridge that can be utilized to cross large gorges and other significant structures, and finally learning how to deal with medical situations in the cold and mountains. The course eventually culminates with a three day FTX in which all squads are tested on the various skills they have learned throughout the course, and are provided the opportunity to maneuver on a glacier and practice a crevasse rescue. The course is an amazing opportunity and just one of the few great opportunities the Iowa State Army ROTC program provides.

Limited CTLT allocations are available annually to cadets who wish to volunteer to participate in CTLT. The CTLT program allows selected cadets to be attached to active duty or Army Reserve and National Guard units and serve in a leadership position. The program is approximately three weeks in duration, and is available only to third-year cadets during the same year they attend LDAC. Cadets who attend CTLT are paid at the same rate as for LDAC. Overseas CTLT tours are usually four weeks. Upon completion of this assignment, cadets receive a performance evaluation by an officer in the assigned unit. This evaluation is used by the Professor of Military Science (PMS) when providing further counseling and leadership training.

CDT Hill had this to say about CTLT. “For CTLT I went to Fort Riley, Kansas and was attached to the 2-34 Armor Battalion; shadowing a Lieutenant in the Ordnance Corps. I got to experience all the duties and responsibilities of a Platoon Leader for 3 weeks. I personally prepared and delivered several convoy briefs to a platoon, lead multiple LOGPAC (resupply) missions while in the field, and participated in a non-judicial punishment hearing. This was incredibly helpful in learning about the daily life of an Army Officer, and getting to experience it in a real environment is irreplaceable.”